Open Quaternary ran a photo competition during the summer of 2018, asking for readers to send in photos from summer fieldwork/labwork/research projects. Photos could be informative, funny, pretty etc, so long as they related to the subject area of the journal. We received some lovely images (see our social media accounts for the full list), but we're happy to announce that the winner was Sujay Bandyopadhyay and his image from Sandy Point Bar, West Bengal, India: 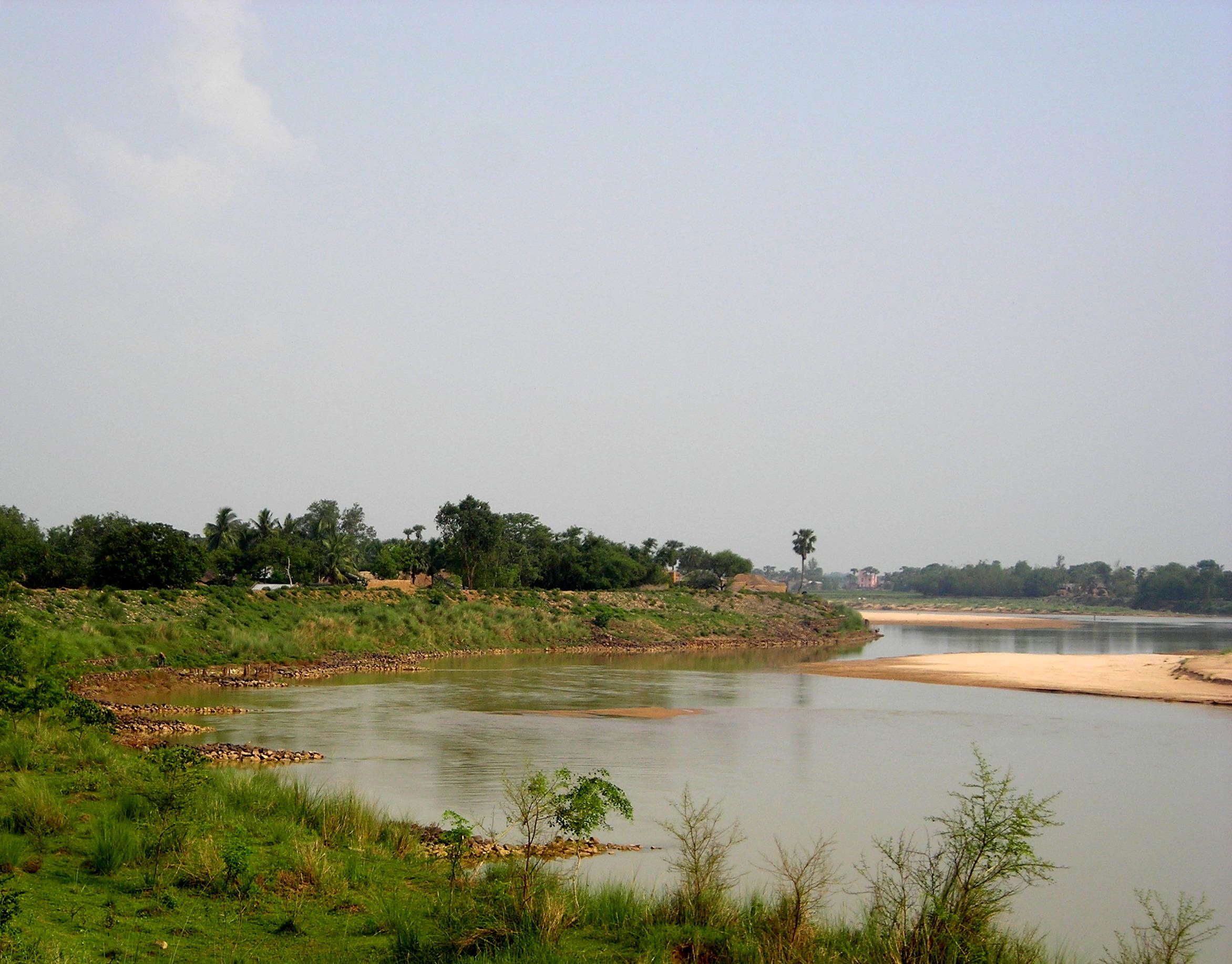 Sujay Bandyopadhyay is currently a teaching faculty of Geography in Gushkara Mahavidyalaya, West Bengal, India and had been serving this department for more than 5 years. He obtained his M.Phil in Geography from The University of Burdwan, West Bengal and submitted his Ph.D. thesis in Geography at the same university in collaboration with Wadia Institute of Himalayan Geology (WIHG). Further, he is also associated with the Department of Geography, Kazi Nazrul University, Asansol as a Guest Faculty. His scientific interests lie in the processes that shape the Earth's surface, the landforms which record those processes, and the stratigraphy which reflects Quaternary evolution of landscape. He is working on the application of sedimentology, geochemistry, and geochronology within the fields of Quaternary environmental change, with a focus on the fluvial environments of lower Gangetic plains (Rarh region). His intrinsic works and academic maturity has made him an outstanding candidate who received several fellowships and awards such as German Federal Ministry for Education and Research (BMBF) Scholarship through the German Academic Exchange Service (DAAD), New Research Worker's Award (NRWA) 2017 by Quaternary Research Association (QRA) UK, Young Geomorphologists Grant 2017 from International Association of Geomorphologists (IAG), International Association of Sedimentologists (IAS) Postgraduate Grant Award - Fall 2015, Natural Resource Research Student Award 2014 by International Association for Mathematical Geosciences (IAMG) USA, Research Fellowship from Council of Scientific & Industrial Research (CSIR) etc. He has published over ten articles in the peer-reviewed international journals like International Journal of River Basin Management (Taylor and Francis), Environmental Earth Sciences (Springer), Current Science etc. and has contributed about 20 research papers in national and international seminars and conferences. His total citations exceeding 35 (Source: Researchgate) strongly endorses his high research productivity. He has completed one IAMG-sponsored project on 'Use of Cartosat-1 Data in DEM generation and SWAT model for surface water resource management in Ajay River Basin, India'. He is the member of many international affiliations and scientific bodies like Floods Working Group (2016-2018) of PAGES (Past Global Changes), British Society for Geomorphology (BSG), UK (2018-2022), American Geophysical Union (AGU) Berkner Member (2017-2019), Terrestrial Processes, Deposits, and History (TERPRO) Commission of International Union for Quaternary Research (INQUA), QRA (UK), IAS, IAMG (USA), Indian Institute of Geomorphologists (IGI) etc. He is widely travelled and visited many countries like Germany (2018), Australia (2017), Italy (2016), Germany (2016) and Japan (2015) which were funded by DAAD, INQUA, IAS, IAMG, INSA-CSIR-DAE/BRNS-CICS, Graduate School of Geosciences (GSGS), University of Cologne and Science and Engineering Research Board (SERB), DST, Government of India.

I am carrying out a research on fluvial processes and the development of alluvial landscape in the western margin of the Bengal basin (Rarh region) on different timescales (century to millennial) for developing comprehensive future strategies. This work will hopefully also address some unanswered questions like: How have Cratonic Rivers (western tributaries of the Bhagirathi-Hooghly River) competed in the geological past to generate the palaeo-delta lobes? Can the distinctive stratigraphic patterns be deployed to test models of Pleistocene landscape evolution across the vast expanse of the western Bengal Basin? Because, during Pleistocene and before the formation of Garo-Rajmahal gap, the Rarh Rivers played most important role in filling up the western Bengal basin. At that time, the contribution of sediments from the Himalayan province to the South Bengal had not yet started and the Chhotanagpur plateau (part of Indian Shield) including Rajmahal hill area was probably more important sediment source region. On this background, the current project is the first attempt to assess the contributions of the Cratonic Rivers from Chotonagpur plateau for making up the western Bengal Basin. So far data to establish any hypothesis related to the response of fluvial landscape to extrinsic perturbations in the Rarh region are lacking. In this context, the results will be encouraging and accord with the present day fluvial processes and paleoclimate. The work will mainly involve field activities to investigate the stratigraphy and obtain sediments with high resolution chronology (luminescence dating) in order to reconstruct the late Quaternary depositional environment.

An additional (not the winning) image of the project is below: 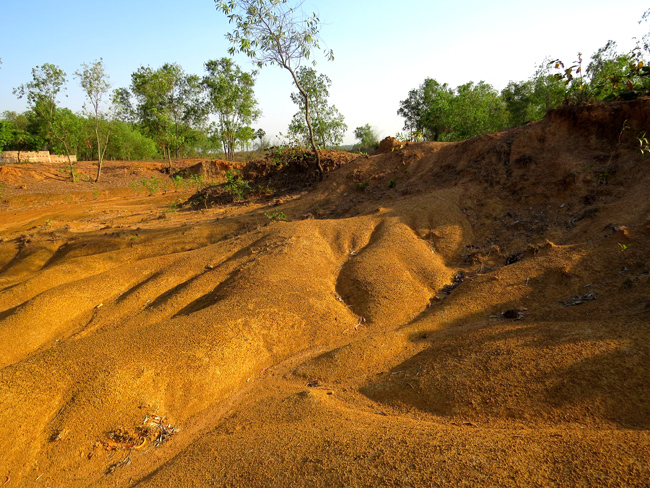